Exciting. Funky. Fruity. Experimental. Whenever we source coffees for our Graphene Espresso those are the attributes we have in mind. Which innovative processing methods can we bring to our customers? Which curious flavour profiles? This is what we ask ourselves. When we cupped lot GR0840 from Cachoeira farm in Brazil this January, we knew we had found a coffee that presented the right answers to all of those questions. 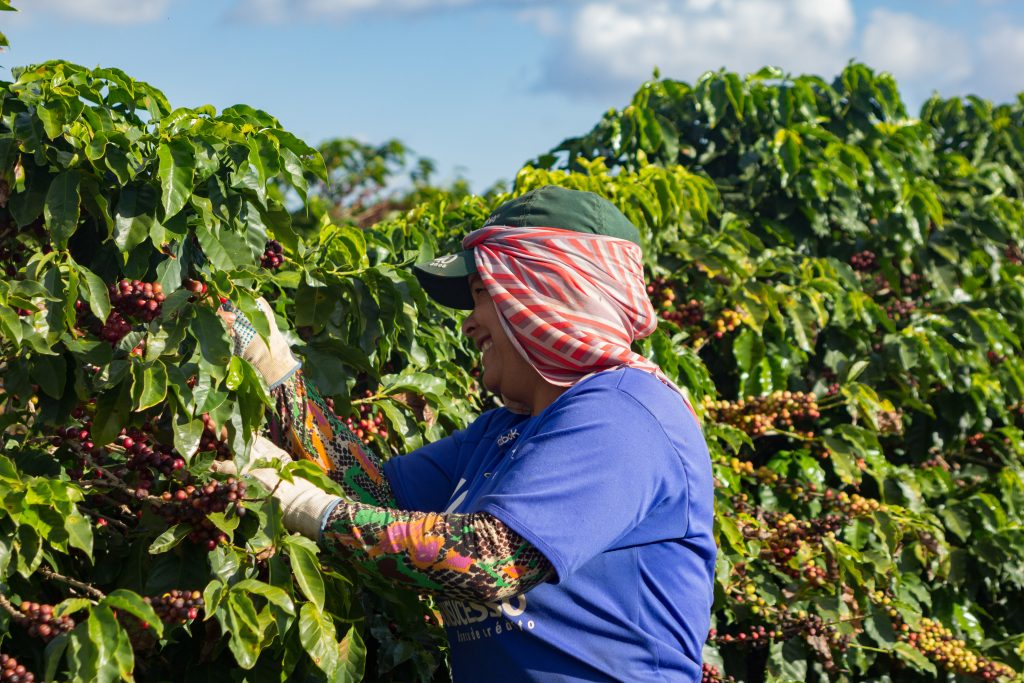 Special lots are handpicked in Cachoeira. All pickings are fully traceable, from field to time of harvesting (Photo: André Luiz Guimarães/Horizonte Visual Imagens)

Fermented cherries, clean flavour
This natural Catuaí is both exciting and experimental. It shows how an origin known by basic taste notes (chocolatey, nutty) such as Brazil can produce complex and beautiful flavours. It also shows how the patience and effort of a farmer can be rewarded with outstanding quality. Danilo Barbosa, owner of Cachoeira, started experimenting with controlled fermentation only two years ago: after the cherries are hand-picked they rest for a few hours inside sacks under the shade of trees; later they are sun-dried on African beds and then, when the correct moisture level is reached, the cherries are transferred to huge bags where they undergo a final stage of fermentation. The results are simply delicious.

Though taste is one of the most important aspects to consider when choosing a coffee, we also care about the farm’s agricultural practices and the business transparency. This can be tricky for  roastery our size. Raising funds for upfront payments and organising logistics to buy directly is something we still can’t afford. So how do we know that farmers are ethically, socially and environmentally responsible? More important, how do we know they are being paid their fare share?

A lot of the time, unfortunately, we don’t know. A lot of the time we have to trust our importers who, in turn, have to trust their own contacts at origin. And until there is more transparency throughout the entire chain that is unlikely to change. This is why having access to a farmer like Danilo is so important. Danilo spoke to us directly this week to tell us more about his farm, and also his business. 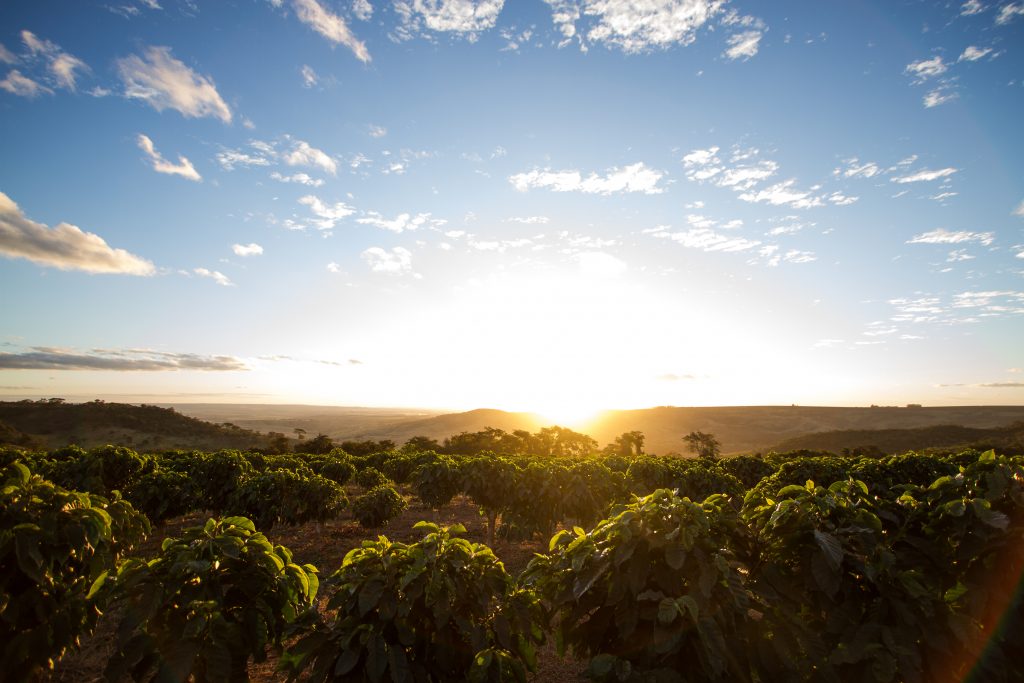 Cachoeira is located in the micro region of Alto Paranaíba, Cerrado Mineiro. Cerrado is divided in several micro regions, all of them with different cup profiles (Photo: André Luiz Guimarães/Horizonte Visual Imagens)

For more ethical, transparent beans
Danilo has been growing coffee for 40 years and his enthusiasm is patent. His farm Cachoeira is 200 hectares large and 100 of them are kept as a preservation area. There, you’ll find several native trees and bird species, small jaguars, armadillos and tamanduás, a funny looking South American animal that feeds mostly on ants. Danilo always cared for the environment and the quality of his coffees, but until recently he was selling it to local co-operatives that held the means to export. “There’s this myth in Brazil”, he says. “Everyone thinks exporting is impossible unless you’re a huge producer.”

The truth that many small and medium size farmers are now discovering is that exporting is hard, but not impossible. “We don’t ship big volumes, so it’s an expensive activity for us. Paying for a warehouse spot in London is quite onerous. We are not rich, but we built a strong financial bedrock before we were able to do it.” Despite the high costs, Danilo’s experience showed him this was the only way to sell his coffees “pure”, the way he wants them to be tasted.

Exploring terroirs to rediscover Brazilian coffee
He tells us how most co-ops blend the coffees of a given region before exporting them. This means that, when you drink a coffee from Cerrado Mineiro you are drinking a mix of different beans produced by different people, even if they were sold as single origin. Ultimately, this is one of the factors that create the general perception that an origin tastes a certain way. In this case: chocolatey, nutty, with low acidity and, for many people, plain boring. But Brazil is a vast country and the state of Minas Gerais is the size of Spain. It has room for many terroirs with different cup profiles that people are only just beginning to explore. Cachoeira, for example, is located in a micro region called Alto Paranaíba, named after a river that springs there. Cerrado Mineiro has at least seven microregions. That makes us and Danilo really excited: “For me the future is exhilarating! Our possibilities are infinite!”. 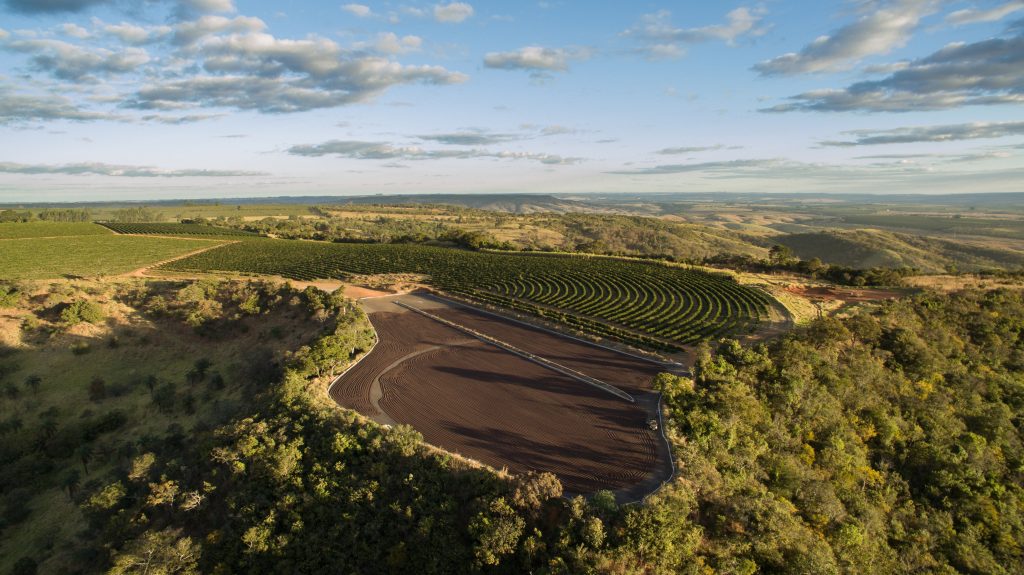 Danilo is a meticulous farmer with great attention to detail. He monitors everything on his farm day and night, from the temperature and shade conditions during experiments to how the use of pesticides – only those approved by Rainforest Alliance with “minimal levels of toxicity”, as the farm is certified – affects the local flora and fauna. To control the exportation process means others can taste – and taste you must! – the identity of his terroir and his farm. For him, this is paramount. This is his drive. “I’m not that worried about the money. I know the money will come naturally if the quality is there”, he says.

The right price, chosen by the right people
We were happy to learn how Danilo’s exporting company DBarbosa and GE Coffees (the importing side of it here in the UK) go about their business. According to Quira, DBarbosa’s logistics and export brain, the prices of all their coffees are decided by Danilo’s team. They sit together during the harvest season and calculate all the costs involved in producing each lot – a hand-picked microlot like ours will cost more due to the extra labour. Then they decide what a healthy profit margin would be and come up with the final price. “The margins in coffee are never really high as we want to be affordable, but our profit is healthy”, she says.

This might seem like basic information to you, but we don’t often get in depth feedback like this from farmers. Most roasters don’t. Also, there has been a lot of talk recently about the crisis in the price of coffee around the world. Commodity rates reached a 10-year low last year and many farmers were getting paid below production costs, so knowing Cachoeira is getting their fare share means that we can offer ethically produced coffee to our customers and be part of a positive supply chain. 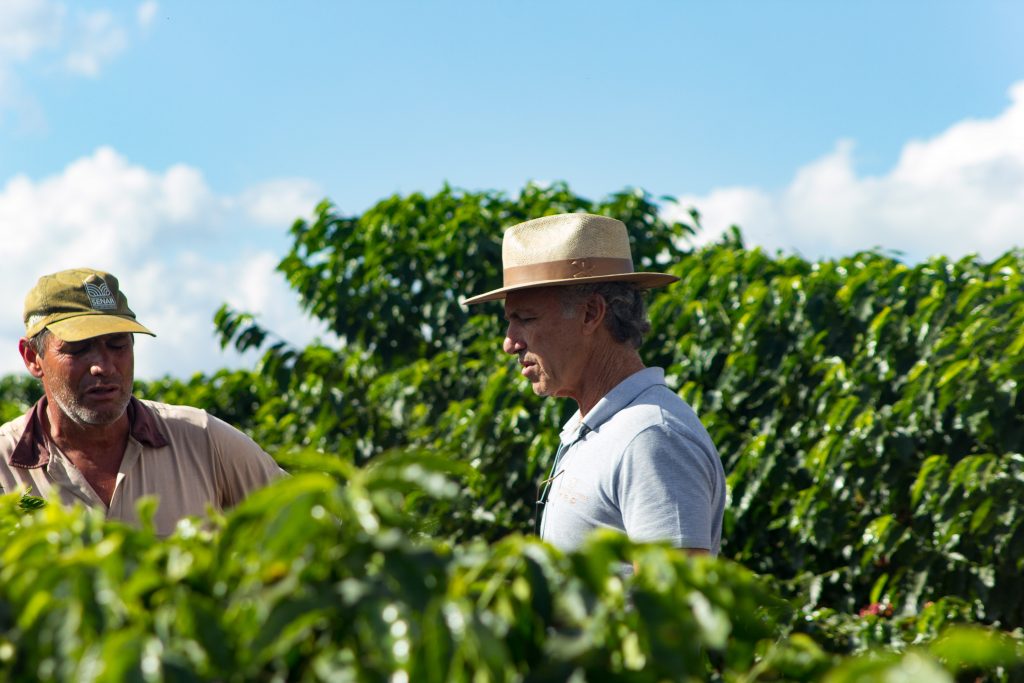 With 40 years of experience, Danilo (right) works tirelessly on the fields monitoring his crops and making sure everything is done according to the highest standards (Photo: André Luiz Guimarães/Horizonte Visual Imagens)

We hope this will be the beginning of a long relationship with Danilo and DBarbosa Coffee. We expect that combining our passions will yield great tasting coffee for everyone year in, year out. And we know his coffee is only going to get better. This month, the Brazilian Brewers Cup champion Arthur Malaspina used one of DBarbosa’s special lots for his winning brew, a coffee that scored 88.21 and placed 21st on the last Cup of Excellence! Notes of peach, citrus and ripe pineapple. We are definitely gonna try to get our hands on some of that!