Spotlight look at Thageini the home of our juicy new Kenyan coffee, and the coffee business in Kenya

It can be easy to incur the sin of romanticizing life in coffee growing countries and idealize the impact of the specialty industry. I certainly had that mindset while talking to Joanne Berry (Head of Sourcing at Nordic Approach) about our new Kenyan coffee, processed by the Thageini Factory in Nyeri. “What are the people like and what’s the area like?”, I asked, childlike. I wasn’t aware that the Kenyan coffee market is fully developed and very business-minded. So much so that all my attempts to romanticise fell to the floor… And that is actually amazing. If in many countries producers are struggling, in Kenya they have a good setup.

In Kenya, co-ops are king

Thageini is one of four factories – the word Kenyans use to name washing stations – that together make up the Aguthi Farmers Co-operative Society. According to Joanne, 80% to 85% of all coffee grown in the country is produced by co-operatives. They’ve been around since the 1960’s and are now so efficient in processing coffee that Kenyan beans are seen by many as the best beans out there. There are also some larger estates, but they account for a smaller part of the bulk. The co-ops have a crazy amount of members, mainly smallholders that don’t produce enough coffee alone to process it themselves.

Producers are always paid twice: first when they deliver cherries and later once the coffee is sold. By law co-ops can’t keep more than 20% of the money they get from sales. They even compete among each other to try to give back the highest percentage back to farmers and some of them manage to keep as little as 11% of the cash, which means they are well-run businesses and that money is going to where it should. And competition is fierce as producers can choose where to take their cherries based on how much they get back. 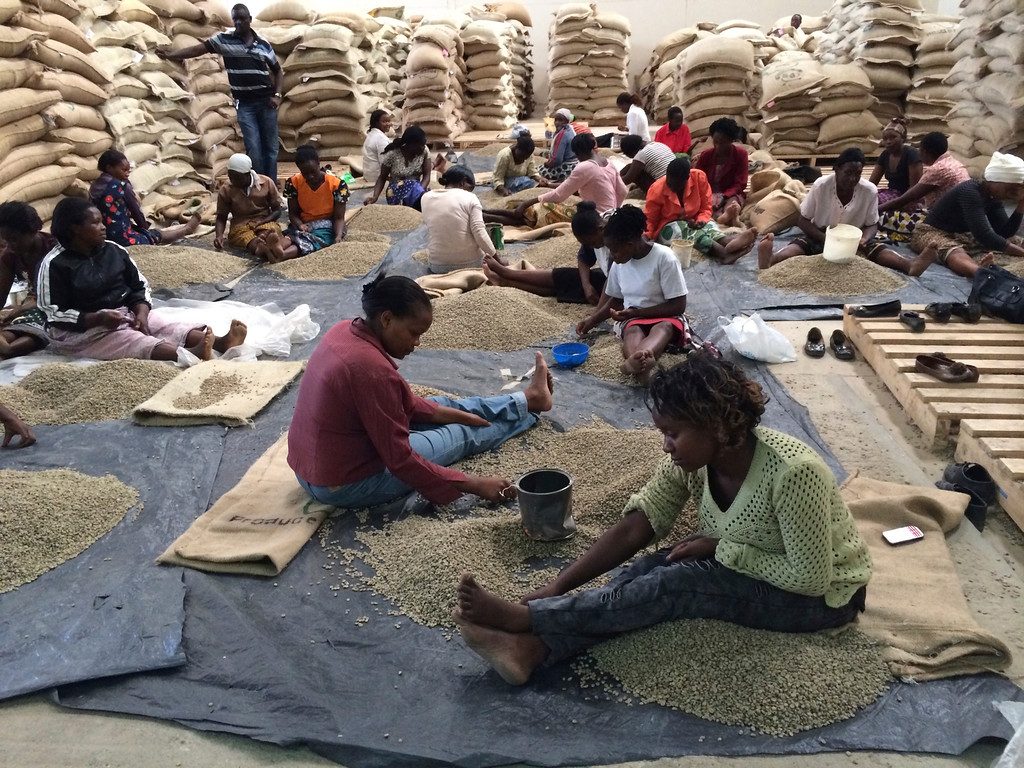 Alec Oyhenart (Key Accounts and Strategy at Nordic) explains the first payment happens when co-ops cash flow’s are strangled and many pay the farmers less than the cherries are actually worth. “They [the producers] need to be able to get paid as soon as they deliver the cherries so they can pay bills, school fees, food – so in many places the mills will take advantage of this cash flow squeeze and pay less than what the cherries are worth, because the farmers are desperate for the money”, he says. But as the co-ops can’t have more than 20% of the sales money, the second payment restores the balance and farmers get a high rate which gives them a strong incentive.

The access to buyers and the drive to always perform better also means that it can be difficult to form long term partnerships with Kenyan co-ops. “A lot ot co-ops want to sell their beans for the highest price, making it harder to build relationships”, says Joanne. There are auctions every week in the country and, even when producers don’t make that much one day they know they can recover on the next. “They are not concerned about risks. There is a lot of excitement around auctions and they can get crazy high prices”, Joanne tells us. 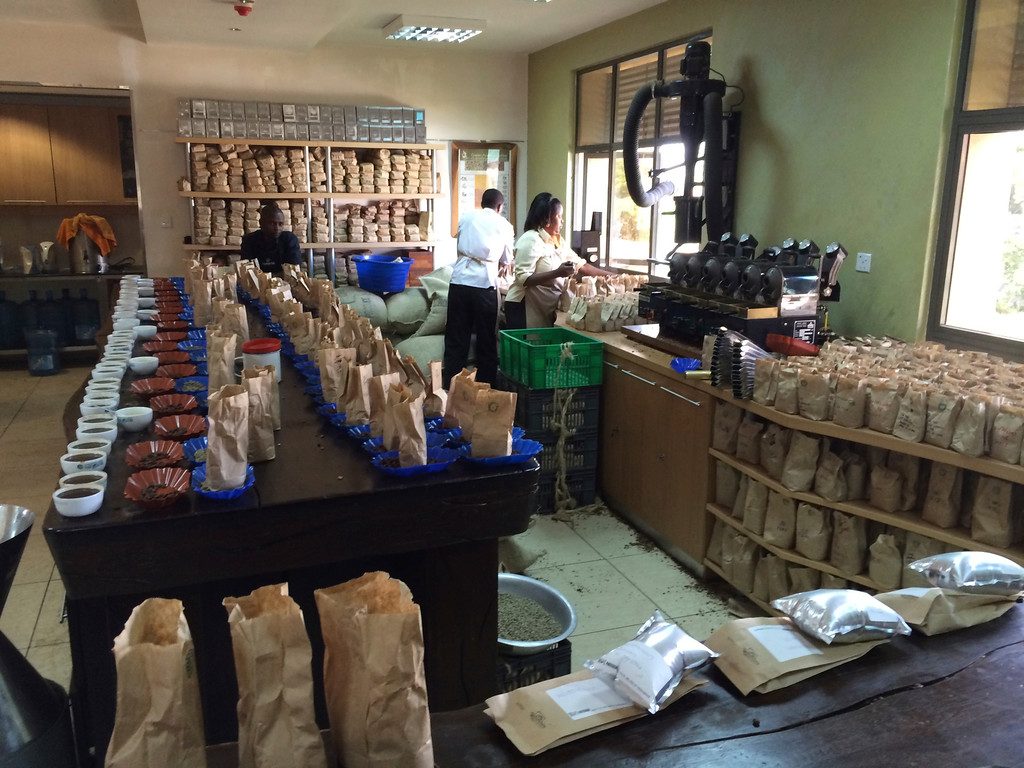 Nordic will visit co-ops every year do have partnerships with some of them, though this was the first time they bought from Thageini. “We have some criteria in order to work with co-ops. We work with factories that cooperate with marketing agencies. In Kenya, the marketing agents are the ones that deal directly with producers, offering training and access to financing. Their job is to find buyers and help farmers. They are able to assist them on the ground, something that we can’t do”, says Joanne.

For a future of more relationships – and great coffees!

Coffees from Thageini were sampled in Kenya by Morten Wennersgaard, Nordic’s founder and product manager, and cupped again by the team in Norway. Prices were negotiated with the co-op by a marketing agency and when the samples got to us in Manchester, we knew we were in for a treat. At the time we were looking for a new single origin to offer as a filter coffee and cupped loads of different lots. The one from Thage-ini was an instant favourite! Other coffees on the table were also bright and very interesting, but the mellow rhubarb compote notes and the lemon sherbet-like acidity won us over.

We’ve been less than patient in our wait to release this coffee and are very excited now that the wait is over. Test roasting it was a pleasure – even before we got to a point where we were happy, drinking the trial versions made us so happy to have a Kenyan in the house again – and playing around with recipes for filter was a welcomed challenge. We can only hope Nordic furthers their relationship with Thageini so we can taste future harvests. Sometimes it’s hard to picture how much effort importers have to put into sourcing the amazing coffees they sell, but we believe their dedication and persistence (and why not a post-romantic approach?) must be praised.

Read more about how Thageini sources and processes coffee.

Read about Nordic’s approach to buying from Kenya.